Just as Event 201 correctly predicted Coronavirus in 2019 just 6 weeks before the first case, Bill Gates and friends have managed to do it again, this time accurately predicting the spread of Monkeypox. It's almost as if they knew!

A group called the Nuclear Threat Initiative (NTI) partnered with the Munich Security Conference in March 2021 to engage in an exercise simulating how the world would react to an outbreak of monkeypox. (Read full report here)

The World Health Organization, Bill and Melinda Gates Foundation, both the Chinese and American CDCs, and other major organizations participated in the event. In a creepy video produced for the exercise, a news reporter describes a monkeypox virus engineered by biological terrorists to resist vaccines.

The video pushes the narrative that nations taking “early and decisive action” were able to minimize the harm done by the virus. The World Health Organization (WHO) is also referred to as the group in charge of the response to the virus in the exercise.

Now, just one year later, the WHO is looking to take control over public health measures in several countries and the globalist group has called for an emergency meeting over a real monkeypox outbreak.

The first case of monkeypox during the fake pandemic exercise was found on May 15, 2022.

In reality, the WHO confirmed its first cases of actual monkeypox on May 13 and 15 of 2022.

Since it was first discovered in 1958, there has never been a monkeypox outbreak outside of Africa until the exact week the simulation predicted. 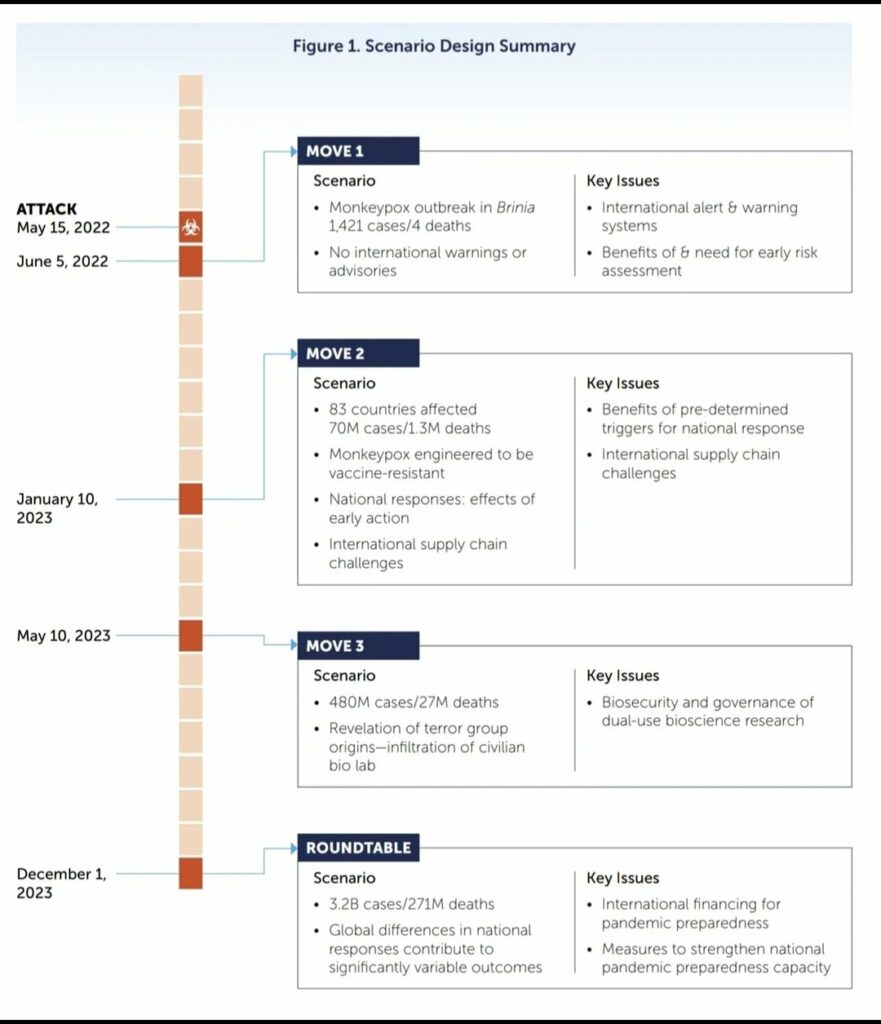 A document shows representatives for the Bill and Melinda Gates Foundation, the US National Security Council, Johnson & Johnson, the Chinese CDC, the African CDC, the WHO and other groups were among those involved in the staged scenario. 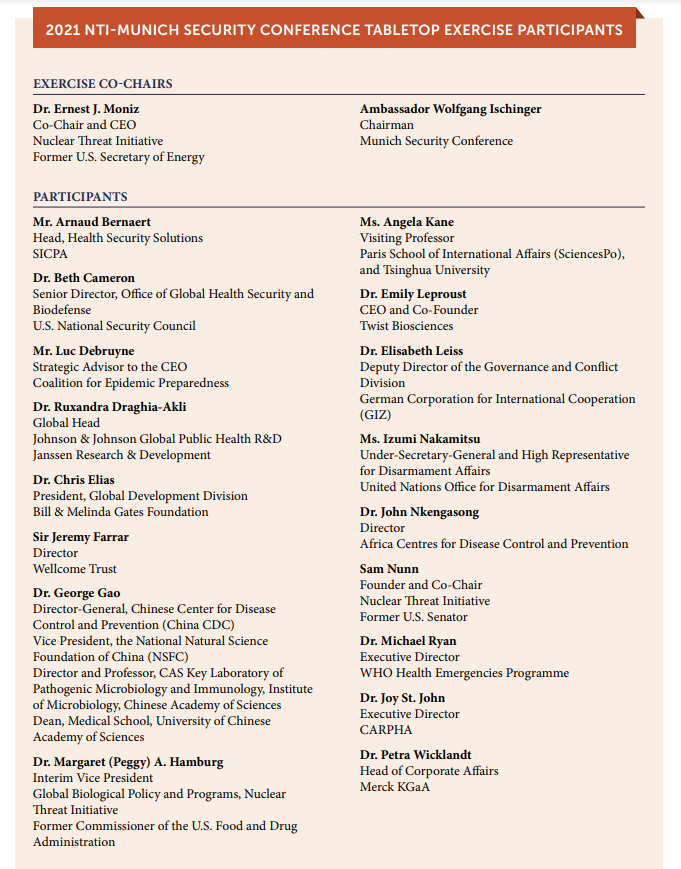 The pandemic exercise is similar to other scenarios where the global elite gather to prepare for a hypothetical situation that somehow ends up becoming a reality.

As Harrison Smith explained while covering the 2021 monkeypox exercise on Friday’s edition of ‘The American Journal,’ “This is like Event 201, or like the Lockstep document scenario planning. Essentially, they play out real-world events and how they can coordinate responses.”

But don't worry, they have a vaccine already waiting, and being bought up by governments worldwide. It is not clear how much vaccine stock has been bought by the UK, or how many jabs might be given. But Health Secretary Sajid Javid confirmed in a BBC article that the UK was stocking up on smallpox vaccines to help guard against monkeypox. (Apparently they are so similar either will do - what luck).

"I can confirm we have procured further doses," the psychopath laughingly called the Health Secretary said.

The US has ordered 13 million additional doses of the monkeypox vaccine according to the NY Post. The massive $119 million order of Jynneos jabs — which can be used to treat both the monkeypox virus and smallpox — was created by the biotechnology company Bavarian Nordic who are enjoying soaring profits at present.