The World Bank Group & The IMF

Based in Washington D.C. The World Bank is one of two institutions created at the Bretton Woods conference in July 1944 (officially known as the United Nations Monetary and Financial Conference). The representatives of 44 governments met in the Mount Washington Hotel, Bretton Woods, New Hampshire, USA. The most powerful countries in attendance, the United States and United Kingdom, dominated negotiations.

“If leaders are serious about creating new global responsibilities or governance, let them start by modernising multilateralism to empower the WTO, the IMF, and the World Bank Group to monitor national policies.” (Current World Bank President and Bilderberg/Zionist elitist Robert Zoellick)

In other words, give global institutions the power to regulate national policy as part of the creation of global government.

What Zoellick is outlining is essentially the end of national sovereignty and the reclassification of national governments as mere subordinates to a global authority that is completely unaccountable to the voting public of any country. The more cynical amongst us would call this a global dictatorship.

Zoellick, former Executive Vice President of Fannie Mae and advisor to Goldman Sachs, is a top elitist who was intimately involved in the 2000 presidential election debacle and the Enron scandal. The Enron scandal broke the news on 10th September 2001, $70billion or so of 'lost' investments, but, the story also got 'lost' in the news the following day. Almost as convenient for Zoellick as the evidence also being 'lost' in the explosion at the Pentagon on 9/11. Seriously. Where scandal exists, Zoellick seems to pop up. He was a signatory to the Project For A New American century document drafted in 1998 that called for “some catastrophic and catalysing event - like a new Pearl Harbor” and "invading Iraq" as part of implementing American world-wide domination. He was later a foreign policy advisor to George W. Bush, before, during and after September 11 2001.

The International Monetary Fund was the second institution formally created at the Bretton Woods Conference.

"The IMF, an international organisation with 184 member countries, was established in 1944 to promote international monetary cooperation, exchange rate stability, and orderly exchange arrangements; and to provide temporary financial assistance to countries to help ease balance of payments adjustment. Based in Washington D.C. the managing director (traditionally a European national) is Dominique Strauss Kahn; the Fund currently has 2,693 staff from 141 countries; and 75 countries owe the Fund around $34 billion. Its operations include surveillance (of member countries economies and the global economy), technical assistance and financial support. The latter is provided in the form of loans to which conditions are attached." (www.brettonwoodsproject.org/institution/imf)

"The founders aimed to build a framework for economic co-operation that would avoid a repetition of the disastrous economic policies that had contributed to the Great Depression of the 1930s and the global conflict that followed." (www.imf.org)

One of the main SAP conditions placed on troubled countries is that the governments sell up as much of their national assets as they can, normally to western corporations at heavily discounted prices. This cripples the societies within the troubled countries, take a look at the example I used in the Money Manipulation article about Brazil. Because the western corporations have swallowed up the agriculture and farming industry, you have Brazilians starving to death while their country is exporting food to the bloated West. 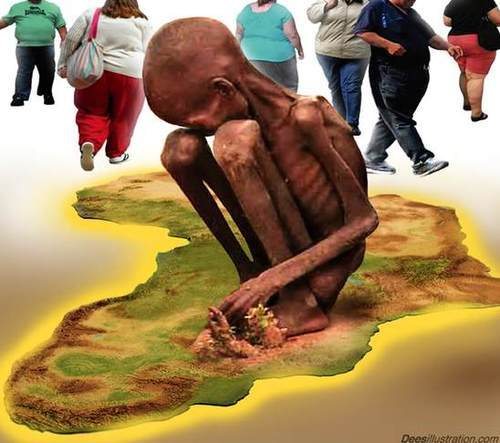 The brettonwoodsproject.org site quite honestly points out that the International Monetary system is "a problematic system".

One interesting article on their website, dated September 2009, goes on to explain in detail how this "poorly governed international monetary system has created enormous problems for the world, and for developing countries in particular."

"First, it creates a volatile, risky environment for business investment. Even in times of relative global stability, volatile exchange rates damage economic planning and investment in rich and poor countries alike. If there is a lack of stability in exchange rates over the medium- to long-term, where effective markets to hedge risks do not exist, businesses must expect volatility and incorporate that risk into their plans. Investment will be lower, because investments which might be profitable with stable exchange rates will either be unprofitable when risks are included in planning, or not undertaken by risk-averse investors. This reduces job creation, growth, trade, and economic development. This is a particular concern given the enormous long-term investments that will be required to convert our economies to a low-carbon future. Ultimately exchange rate volatility mainly benefits speculators, while creating enormous costs.

Second, the current international monetary system creates enormous risks for small or poor countries who are extremely vulnerable to swings in their exchange rates. In times of crises, they are often forced to devalue their currencies, increasing the cost of servicing foreign debts and making imports, including essential foodstuffs more expensive. The small size of the markets in most developing countries' currencies makes them targets for speculation and manipulation of their currencies.

Third, there are significant direct costs for the governments of developing countries. Developing countries have accumulated large stashes of foreign currency reserves partly to provide sufficient funds to prevent them from having to turn to the IMF should they need to protect their currencies or stabilise their balance of payments. Holding large reserves means tying up assets that could otherwise be used for investment in green infrastructure, education, health, environmental management or other activities which have long-run benefits for sustainable development.

Fourth, since the collapse of the Bretton Woods system in the early 1970's, there has been a proliferation of costly and destabilising financial crises, culminating in the current debacle, described by the UN as "the worst financial and economic crisis since the Great Depression."


These ‘systems’ have all created the instability they were allegedly designed to avoid, (because they were designed to create them), and now, the guys running the show are openly criticising the current operation as the shambles it undeniably is, and they think they are in a position to offer a solution to this global financial mess…

Let’s hear it then, what do they suggest?

"The creation of an international currency, international clearing union, and system of globally managed exchange rates should be on the agenda." (www.brettonwoodsproject.org/institution/imf)

Centralisation of global currency and monetary policy in other words. Couple this with Zoellick’s vision to “monitor and dictate global policies” and I think we can see where this is going.