Codex Alimentarius is Latin for Food Code, or Book. As explained in this absolutely must watch video below, the Codex Alimentarius Commission is controlled by the World Health Organisation, (Rothschild Controlled) and the United Nations.
The laws decided by this Big Pharma cartel are enforceable by the World Trade Organisation and will replace the laws in your country. Nations can receive huge fines and trade sanctions for not complying with the legislation.

If you look at the history, you can kind of see where this is all going. Executives of BASF, Bayer and Hoechst were behind the creation of Codex Alimentarius in 1963. These corporations also made up the Cartel that was known as I.G. Farben, the 'Nazi war machine' and the biggest single funder of Adolf Hitler's election.  A US government investigation concluded in 1946 that, without I.G. Farben, the war in which more than fifty million died would not have been possible. 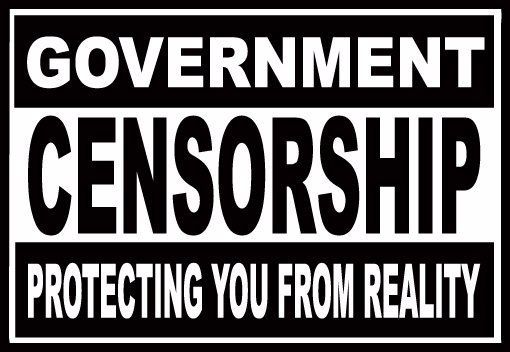 Unfortunately the Codex video has been censored by YouTube.

These 14 points provide you with understanding about Codex Alimentarius – health freedom threat number one. It also explains what to do about it. Codex Alimentarius (Codex for short) means “Food Code.” This world food code is a United Nations agency, jointly sponsored by the World Health Organization (WHO) and the Food and Agriculture Organization (FAO). It has existed for nearly 50 years and its International Statute gives it a joint mission: protecting food safety and promoting world food trade. It is supposed to do so by adopting voluntary Guidelines and Standards (defining foods in international trade) and its decisions are enforced through the World Trade Organization (WTO) which considers its Guidelines and Standards as presumptive evidence in WTO trade disputes. It has become a creature of the Bigs – Big Govt, Big Agra, Big Pharma… etc.

1. Consumer Protection? Unfortunately Not
The first step to understanding Codex Alimentarius is to realize that it has absolutely nothing to do with “consumer protection”. That’s propaganda for the sake of getting people and Congress to yield to its implementation.

2. Says Who?
Rima E. Laibow, M.D. is a successful natural medicine physician who graduated from Albert Einstein College of Medicine in 1970. Dr. Laibow has studied more than 16,000 pages of Codex Alimentarius documentation. Her conclusion? Codex Alimentarius is a very serious threat to health freedom. We must take it seriously.

3. Meaning of Name and History of Organization
“Codex Alimentarius” means “food rules” in Latin. The organization was born in 1962 when the UN established the Codex Alimentarius Commission (CAC) as a “Trade Commission”. It was created to regulate, and thus control, every aspect of how food and nutritional supplements are produced and sold to the consumer. It is solely about trade and the profits of multi-national corporations.

5. Codex Alimentarius is Unscientific
Codex is unscientific because it classifies nutrients as toxins and uses “Risk Assessment” to set ultra low so-called “safe upper limits” for them. Risk Assessment is a branch of Toxicology, the science for assessing toxins. The proper science for assessing nutrients is Biochemistry. Codex does not use Biochemistry.

7. Shrewdly, Slowly Raising Heat
Codex will go into global effect on December 31, 2009, unless we, the People, take action and avert it. Right now, we are like a frog boiled slowly, the heat raised gradually so we won’t jump out of the water. The media is used to make us believe that Codex is about “consumer protection”. Part of the media strategy is to tarnish the image of natural health options, through for-hire studies.

8. Beware Codex Wolves in Sheep’s Clothing
One-time defenders of supplements and nutritional products, such as the National Nutritional Foods Association (NNFA) and Council for Responsible Nutrition (CRN), have fallen prey to new pharmaceutical members and are spreading disinformation saying that Codex is “consumer protection”. Their boards used to be run by health freedom fighters.

9. VMG: Banning Our Supplements
Codex is made up of many standards for every aspect of food. One of these standards was ratified (approved) in July 2005: the destructive Codex Alimentarius Vitamin and Mineral Guideline (VMG). The VMG can ban all high potency and clinically effective vitamins & minerals. For example, Vitamin C would be restricted to only a few milligrams per dose. Other nutrients, such as amino acids, are also under threat.

10. DSHEA, Our Best Legal Defense
The U.S. has a powerful legal tool for health freedom: the Dietary Supplement Health and Education Act (DSHEA), passed in 1994 after massive grass-roots action. DSHEA scientifically classifies nutritional supplements as food and prevents dosage restrictions; Codex unscientifically classifies them as toxins and sets ultra-low doses. The VMG violates U.S. law because it violates DSHEA. We must unite to protect DSHEA, our best legal defense against Codex.

11. Congressional Effort Underway to Undermine DSHEA
The pharmaceutical industry works through irresponsible/corrupt politicians to do their bidding. The path to institute Codex in America is to “influence” Congress to pass laws friendly to drugs and unfriendly to nutritional supplements, so that slowly everyone comes to believe that nutrients are “dangerous”, and drugs are “proper medicine”. Susan Davis (D, CA) and other politicians are helping Big Pharma by supporting bills designed to destroy DSHEA.

12. U.S. Government Illegally Supports Codex
The U.S. Codex Office (the U.S. Codex “point of contact”) is unfortunately highly supportive of Codex. So is the rest of the government, including the pharmaceutical-friendly FDA. They should not be. DSHEA and other U.S. law means their support is in direct violation of the laws of the U.S.A.! They are breaking our laws and they know it.

13. Let’s Enter Coordinal Relationships With Congress
Congress has the power to keep America Codex-free. It can defeat bills designed to destroy DSHEA, support health freedom bills, and reprimand the U.S. Codex Office and the FDA. Using the Internet we can reach Congress directly to create a lobby of the people, for the people. Families of Congress would suffer too, if Codex is not averted.

14. Call to Action
Thanks to the Internet, millions of health conscious Americans can unite to protect health freedom from Codex Alimentarius. We have the power to turn Codex into a blessing if all of us in the natural health community use it to get active, get organized, and stand up for health freedom. Together, we will let Big Pharma know that we see through their deception and will protect our access to natural health care.

We have written many times here, at Soldier For Liberty, of the reason Health Care “Non-Reform” is such important legislation to the progressives as depopulation is a center focus of the UN. As well, we have pointed out how our government is not only funding abortions at home, but worldwide. We have detailed many facts on this UN agenda in articles throughout 2009. They are too numerous to list, but look for articles regarding Agenda 21, especially.

Please watch the following video to see how Codex Alimentarius relates to the Covid vaccines and illnesses being created by the vaccines.