Looking back on Swine flu today in 2021 I can’t help but wonder if it was an exercise to prepare for what was to come with Covid-19.

In essence, it is a very similar situation, we had a so-called virus pandemic which people believed in simply because they were told it existed - no proof of a virus was ever requested or required to submit entire countries into begging the vaccine manufacturers for a miracle cure. Diagnosis of Swine flu was made without any form of testing, and the populations largely willing accepted a vaccination that was apparently rushed into production, although the patents for it were already owned by the vaccine manufacturers years before the virus started circulating. It is no coincidence that previous employees of the main financial benefactors of Swine Flu, GSK, now work in the UK Government advising them on Covid-19. (I’m referring to Chris Whitty and Patrick Vallance, among others - to believe their advice is independent and not absolutely influenced by their pharmaceutical ties is laughable. There people are pharmaceutical gofers, they just want to drug you and they are obsessed with it.)

The CDC estimated that between 151,700 - 575,400 people worldwide died from Swine flu (H1N1) virus infection. Those figures are probably far higher than the truth, even at the low end of that scale. But it paved the way for Covid-19 by demonstrating the lack of proof needed to send populations into fear of a virus, and the willingness of those populations to then accept a vaccine for it. Covid-19 has never been proven to exist, and whenever challenged, the evidence has failed to be presented. 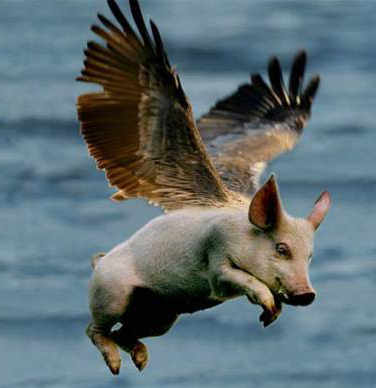 Swine flu was first detected in humans in 1976 and appeared again in April 2009, it contains a combination of genes from swine, avian (bird), and human influenza viruses.

Antigenic shift is a specific case of reassortment or viral shift that confers a phenotypic change. The clue is in the name, anti-genetic, it’s not natural, it’s the result of a vaccine. Influenza viruses which have undergone antigenic shift have caused the 1918 pandemic, the Asian Flu pandemic of 1957, the Hong Kong Flu pandemic of 1968, the Swine Flu 'pandemic' of 1976, and, most likely, smallpox in the late 18th and early 19th century and most of the various new strains of swine flu, bird flu and human flu etc.

"There will be adverse effects to any vaccine. That's just science," - Michael Hattwick, who ran the CDC's vaccine-tracking system during the 1976 swine flu scare.

American researcher Patrick Jordan uncovered World Health Organization memos dating from 1972 explaining how to kill people with vaccines by undermining the immune system, injecting viruses and creating an immune response so enormous that it kills the body. This is known as the cytokine storm.

Big Pharma and the World Health Organization are killing machines and the cemeteries of the world are full of their victims.

A strain of H1N1 influenza virus appeared in 1976. On February 5, a recently vaccinated Army private at US army camp Fort Dix in New Jersey said he felt tired and weak. He died the next day (after refusing hospital treatment) and four of his fellow soldiers were later hospitalised. Two weeks after his death, health officials announced that swine flu was the cause of death and that this strain of flu appeared to be closely related to the strain involved in the 1918 flu pandemic.
Public-health officials decided that action must be taken, and they urged President Gerald Ford that every person in the U.S. be vaccinated… Hold up, was that every person? That’s right, every person in the U.S. at an estimated cost of $135 million. This was based on a tiny number of detected infections among only vaccinated people between January 19 to February 9, and no cases were found anywhere outside Fort Dix. The strain of swine flu itself killed just one person and hospitalised 13. Side-effects from the vaccine itself caused over five hundred cases of Guillain–Barré syndrome and 25 known deaths.

Interestingly, and of course, purely coincidently, the very day the Fort Dix cases were identified at CDC, the New York Times carried a piece by Dr. Edwin D. Kilbourne, one of the country’s most respected influenza specialists, extolling cycles and affirming that pandemics occur every eleven years, another one of which, he warned, was surely coming soon. Trust the media to be there with a supporting story to influence the public perception that they too must get vaccinated, or they will surely DIE. (Not much has changed there then)

So, a quick summary of Swine flu in 1976, the 'pandemic' resulted in one death, thirteen sick men and up to 500 recruits who evidently had caught and resisted the disease. The only established instances of human-to-human swine flu found around the world during this time were all in one Army camp. I also forgot to mention that the US army camp of Fort Dix was a vaccine trial centre – just a coincidence, nothing to see here, move on, thank you.

The 2009 flu pandemic is a global outbreak of a new strain of H1N1 influenza virus, it first appeared in Mexico in April. This 'pandemic' is happened right now (It was Swine Flu at the time of writing, now we have Covid-19 - it’s that 11-year cycle you see), so it’s clearly very relevant and important to know the facts before having the vaccine if you’re considering it. (Just as, if not more relevant today).

As of 14th January 2010 according to the ECDC (European Centre for Disease Prevention and Control) the death toll for Swine flu worldwide was 14,160. According to the "Influenza Fact sheet" issued by the World Health Organization in March 2003, between 250,000 & 500,000 people die every year from seasonal flu.

"GSK has landed 22 government contracts since last summer, with 440m doses ordered. The company makes the vaccine in Dresden and Quebec, but demand is so great – about 60% higher than for usual seasonal vaccines – that it is outsourcing production to third-party manufacturers. In the UK, there are plans to vaccinate the entire population if necessary, and the government has given the go-ahead for vulnerable people, such as pregnant women, frontline health workers and young children, to be inoculated"
(Richard Wachman in the Observer newspaper 10/01/10)

According to BBC news the UK government are so keen to get everyone vaccinated that Doctors are getting paid for each and every vaccination they administer;
"Under a deal reached in September 2009 between the National Health Service (NHS) and the British Medical Association, GPs in the UK and Northern Ireland will be paid £5.25 to administer each dose of the pandemic H1N1 vaccine. It is expected each patient will be given two doses of the vaccine three weeks apart, bringing the total payment to GPs per patient in the UK to £10.50." (BBC News)

This is nothing new, you should be aware by now that GPs are effectively sponsored by varying drug companies to promote their drugs and prescribe them to patients. Your chosen medication, for whatever ailment it may be, is often decided by which one gives your GP the greatest monetary incentive, not which one will provide you with the best treatment. Never forget that a sick person is good source of custom for pharmaceutical companies whereas a healthy person is not. It pays well to keep us sick.

So, I ask the question, why, is the Government and the World Health Organisation, among others, desperate for us to get protection against swine flu? This is not a pandemic.

Swine flu call centres were being organised long before swine flu emerged in April. The call centre staff are untrained, unqualified members of the public, some as young as 16 and they were medically diagnosing people with Swine flu over the phone based purely on symptoms – people were accepting prescriptions for drugs like Tamiflu off the back off these kids’ diagnosing them with Swine flu because they had something as simple as a runny nose.

The number of people claimed to have been infected with 'swine flu' has been massively inflated by false diagnosis because the World Health Organization said that swine flu should be diagnosed by symptoms and not by testing.
As a direct result of this inadequate system of untrained people diagnosing illnesses over the phone, we have had people dying from other diseases wrongly diagnosed as swine flu therefor distorting the true statistics of the 'epidemic'. However, despite the WHO's questionable system, after the coldest winter for decades, when deaths might be expected to rise, the rate is below that of seasonal flu. In the UK, as of mid-January 2010 just 360 people have died from swine flu, most with prior "non-flu" conditions. Swine flu bears no ­relation to the government and media hysteria.

In January 2010 the Director-General of the World Health Organization, Margaret Chan says countries must remain vigilant and people who have decided not to get vaccinated against H1N1 should rethink this decision. She says H1N1 may be moderate, but it still kills. I say she’s a psycho, and her advice has done more harm than Swine flu ever has.

This is not the first time we have suffered such nonsense, besides what we have already looked at, what about BSE/CJD in 1995 which had the scare mongering media shouting "it could infect up to 10 million Britons". Or SARS in 2003 when the WHO declared "One in four Britons could die" yet just 800 people officially died with SARS worldwide. More recently of course the dreaded Bird flu or Avian flu, the global death toll was 262, with not one single death in Britain.

Shane Ellison was a medicinal chemist for drug companies Array BioPharma and Eli Lilly, but resigned in disgust at what he saw on the inside. He now promotes natural remedies under the title 'The People's Chemist'. He said in an article this week:
"As a young chemist working in the chemistry labs of corporate America, I watched as they promoted cancer causing drugs as anti-cancer remedies (tamoxifen). I also witnessed the pharmaceutically compliant media convince the world that depression was a disease, and you needed the so-called antidepressant drug Prozac™ to treat it. I began to wonder, "How gullible are the masses?" The reaction to the swine flu scare answered this."