I have reported several times how Midazolam was ordered in bulk by the UK Government, in particular by Matt Hancock, to euthanise elderly care home patients and then go on to call it the first wave of covid deaths. This is a well documented and easily verifiable fact. See the mass of evidence gathered for the intended private criminal prosecution against the UK Government for mass murder through government policy. Also see an update to this evidence: Midazolam Murders - Papers sent to be laid in magistrates court.

Also see details and videos in my Covid-19 article

While I was researching some information today I came across an old BBC article from 2018 on the subject of lethal injections in the US and the controversy around them. (See original BBC article). The article mentions Midazolam among other drugs used in the injections. Here is what it has to say about Midazolam, the same drug that Hancock ordered in bulk to murder grannies across the country. 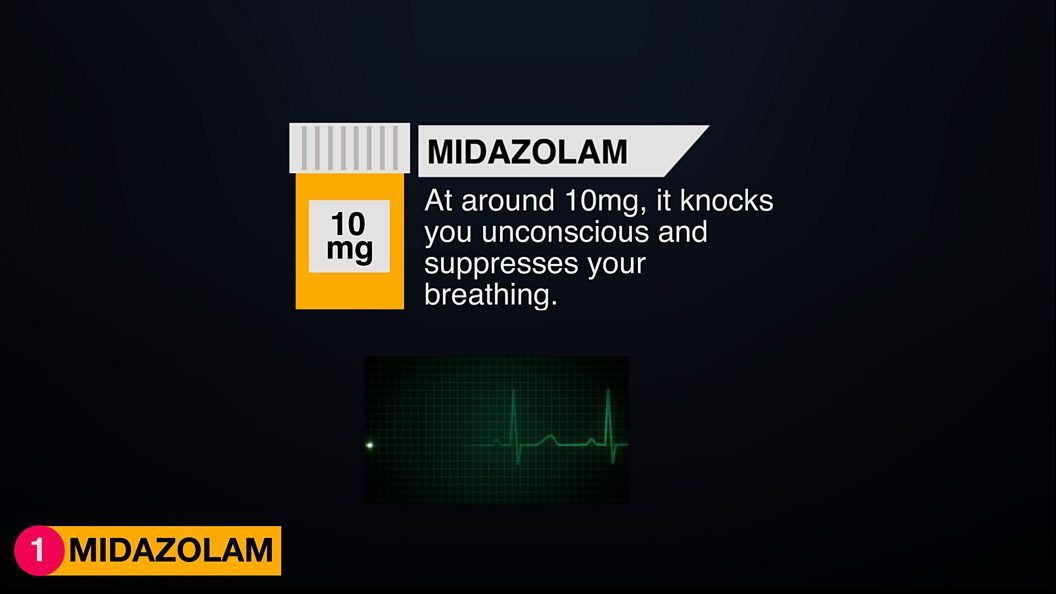 The first drug given to the inmate is midazolam, a sedative, which is administered to render the inmate unconscious and prevent them from feeling any suffering.

Midazolam is a benzodiazepine. At low doses it has an anti-anxiety effect. At around 10mg, it knocks the inmate unconscious. On death row in Arkansas, the dose is 500mg.

The drug travels up the arm via the bloodstream to the brain. Within seconds, the inmate starts to black out.

It has been alleged, however, that some inmates who received midazolam have appeared to regain consciousness mid-execution.

During the 2014 execution of Dennis McGuire in Ohio, which used a combination of 10mg midazolam and 40mg hydromorphone, McGuire was seen 'gasping' for air for 10 to 13 minutes of the 24-minute execution. There were reportedly similar scenes during the execution of Joseph Wood in Arizona.

Following McGuire's execution, Ohio raised its dosage to 50mg of each drug for executions.

An Associated Press reporter who witnessed the execution of Kenneth Williams in Arkansas in April 2017 reported that Williams lurched and convulsed 20 times after the injection of midazolam. According to the reporter, about three minutes into the execution, Williams’ body jerked forward "in a series of what seemed like involuntary movements," lurching violently against the leather restraint across his chest.

In the following video Stuart Wilkie exposes Midazolam, Remdesivir and other drugs being used by governments to kill their elderly generation. These unnecessary deaths have then used as an excuse to impose further draconian restrictions, including injecting people with experimental vaccinations designed for one thing, global depopulation.