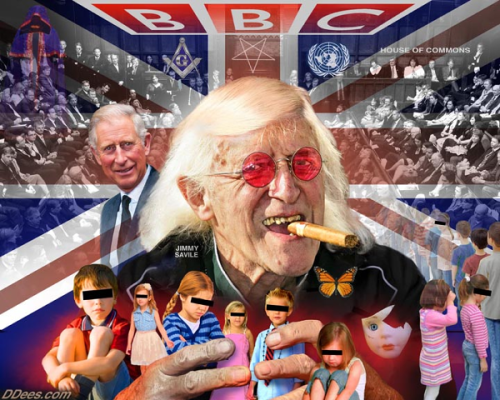 This is a rather disturbing tiny glance at the history of some of Britain’s 'trusted' Members of Parliament. Some of these MP's are today still debating policies on your behalf.

There is not an epidemic of paedophilia as this list may suggest. Many, I would even suggest, could be innocent of the alleged crimes... It is not an uncommon theme to use bribery or to release incriminating information that either discredits someone or forces them to behave in a controlled way. Politics is built on bribery and corruption; this should come as no surprise to anyone.

What may surprise people, beyond this level of sickness, is a far deeper sickness than has infested our governments and politics in general, not just in the UK, but globally. This is a cult that can only be described as 'Satanic', they are obsessed with rituals and with that comes paedophilia, sacrifice, and a whole lot more. Believe it or not, this is the real reason our MPs are obsessed with crimes against children among other things that no sane, rational human being would be.

I have written some articles on this subject, but I'll be the first to say it's not my area of expertise, or one that I like to research, for obvious reasons. However, what cannot be ignored is the mass scale abuse that is being carried out on Children, not just by MPs, by anyone - let us not forget the shocking levels of abuse children have suffered in the name of the Catholic Church.  How many more celebrity 'outings' do we need before we realise this cult has infested the entertainment industry as well? I'm not saying every celebrity is a paedophile, but, like politicians, most of them DO know about what happens. They don't say anything because then they will have no political career, no TV show, no platform. You can find many examples where celebrities have been shamed and blacklisted for saying the wrong thing, or worse still, killed in a 'freak accident' or faked suicide...  Jill Dando, a BBC presenter, was vocal about Jimmy Savile's activities in the 90's. She revealed that DJs, celebrities, and other staff were involved in organised abuse, she also talked about images of children and said information on how to join this paedophile ring was freely available... Jill Dando, 37, was shot dead on April 26, 1999, on the doorstep of her home in west London. The crime remains officially unsolved and suspiciously stinks of another BBC cover-up.

This 'cult' that I have talked about can be read about in many of my other articles, indeed they are the driving force behind all the topics that are raised here. One essential link that is worth following is my article on Jimmy Savile which raises how, as a known paedophile, he was protected by the BBC, the British Government and the British Royal Family and intimately involved in 'private affairs' with them while committing his many crimes as a BBC employee. Let's not be cryptic about it, they were all in on it, and not just letting it happen, taking part. They are all part of this satanic cult...

Today the links continue as Prince Andrew continues to sweat, (or not apparently), about his relationship with dead-but-not-really-dead, convicted paedophile, Jeffrey Epstein. Once you start down this path, you can't hide from the truth, you simply realise it was staring you in the face all along. Now, we need to expose it, bring an end to the suffering, and somehow seek justice for the victims.

The following information has been researched and written by Teresa Cooper, I would like to thank her for allowing me to share this information, please take the time to visit www.no2abuse.com.  Teresa Cooper is the Author of Amazon Bestseller Trust No One/Pin Down.

Convicted MPs - at a glance

Labour Councillor (Northampton/Northamptonshire), and former School Governor, Alec Dyer-Atkins – Convicted and jailed for 2 years in 2003 for downloading more than 42,000 pictures and films described in court as “Horrifying images of child abuse”. Dyer-Atkins was a member of an international paedophile ring called `The Shadows Brotherhood` which was successfully penetrated following sterling work by Britain’s National Hi-Tech Crime Unit (NHTCU). Commenting on the conviction of the depraved Labour Party beast, NHTCU Deputy Head, Mick Deats said: “This man had some of the worst images on his computers that officers from this unit have ever viewed”.

. Tory Party MP (Billericay) Harvey Proctor - Stood trial for sex offences of a sado-masochistic nature against teenage boys, and was forced to resign.

. Tory Party councillor and former Mayor (Wrexham), Michael Morris - Convicted and put on probation for 2 years, for the indecent assault of another man, which was captured on CCTV.

. Labour Mayor (Westhoughton/Lancashire) Nicholas Green - Convicted and jailed for 10 years for 3 rapes and 13 counts of indecent assault against little girls between the age of 6 and 10. He raped one woman on her wedding day.

. Labour Mayor (Todmordon) John Winstanley - Convicted and jailed for rape and threats to kill. After raping and threatening to kill his terrified victim, Winstanley then ordered the woman to go on all fours before urinating on her.

. Entire Labour Party conspired to conceal the activities of Labour Party activist and serial child-molester Mark Trotter, who died from AIDS before he could be convicted.

. Labour Councillor (Manchester), George Harding - Charged with indecent assault on a girl of 12.

. Labour MP Ron Davies was mugged by a Rasta on Clapham Common while cruising for gay sex. He was photographed again by the media recently, engaged in some `man-on-man` action in a field off a motorway. “I was only looking for badgers” he said.

. Labour MP, Joe Ashton - Caught up in a Police raid while frequenting a brothel. Tried to lie his way out of the scandal.

. Labour MP (Sheffield), Clive Betts - Suspended from Parliament for 7 days after being caught forging immigration papers to extend the stay of his Brazilian rent-boy gay lover.

Labour Councillor and Deputy Council Leader (Northumberland), John Whiteman, who was also a senior member of the local police authority – Convicted and fined in 2002 for soliciting a prostitute in the red light district of Middlesbrough. The court heard Whitman was arrested in his car as Police discovered him in a “state of undress” with a lady of the night he had just paid £35 for sex. He subsequently resigned from the council.

Labour Councillor (Stoke/Staffordshire), Michael Barnes, put forward a motion in July 2004 to change the constitution of Stoke-on-Trent Council. The proposed amendments were designed to prevent the City’s two British National Party councillors from chairing any committees, so as to `protect` the good citizens of Stoke from the beastly BNP types they’d voted for in huge numbers to represent them. As Mr Barnes explained to the local paper, the move was “to prevent the BNP from exerting more influence”, and was “in the best interests of the people of Stoke-on-Trent”. A few months later, in November 2004, the civic-minded and virtuous Councillor Barnes appeared at North Staffordshire Magistrates Court, to face seven different charges relating to child pornography

Labour Councillor and former Mayor (Halton/Cheshire), Liam Temple - Convicted in 2004 of `Inciting a child under 16 to commit an act of gross indecency` after the 58-year old Labour pervert had attempted to molest a 12-year old girl. During the case, the brave youngster told the court via a video link: “He said if I let him touch me he would give me money”.

Labour Councillor (Coxhoe/Durham), Les Sheppard – Convicted in 2004 on ten counts of indecent assault on young girls. Jailed for 2 years, and placed on the sex offenders register for 10 years. Teeside Crown Court heard how 71 year old Cllr Sheppard lured his victims into his gold Porsche before driving them to remote spots, where he would submit them to sickening sex attacks. After his arrest, the Labour nonce-case told police “I love women, but you do things which you regret”. Sheppard’s `women` victims were between 9 and 13 years old.

According to media reports, the names of 2 former Labour Cabinet Ministers said to be `Household names` appear on the `Operation Ore` list of subscribers to hard-core child pornography. The same FBI investigation, which led to the arrest of rock star Pete Townshend. So who are they Mr. Blair?

Labour Councillor and Mayor-Elect (Merton/London), Sam Chaudry – Due to become Merton’s first Asian Mayor, before he was arrested, tried and convicted of multiple sex attacks on young girls in 1999. One of his victims was a 5-year old.

Prominent Edinburgh Labour party activist and election candidate, Rab Knox - Convicted and jailed for 3 years in 2005 for a horrific sex attack on a woman passenger in his taxi cab.

Labour Party Official (North West England Regional Officer, and parliamentary adviser to the Home Office Minister responsible for crime and policing, Hazel Blears), Peter Tuffley – Convicted and jailed for 15 months and placed on the sex offenders register for 10 years in 2006, for the sexual molestation of a 13-year old boy that he had previously `groomed` on the internet. Tuffley was described as a `rising star` within the Labour Party - which is nothing to be proud of either

Labour Councillor (Hornchurch/Essex), Alan Prescott, who was also a senior magistrate – Convicted and jailed for 2 years in 2001, for molesting children at the East London care home where he was the superintendent. Prescott, described in court as a “pillar of his local community” admitted carrying out sex attacks on four teenage boys as they slept in their beds

Labour Parliamentary candidate (Cheadle/Cheshire), Paul Diggert – Subject of a 2002 police investigation into the alleged procurement of underage girls for sexual purposes via internet chatrooms. According to the `Sunday Mirror` (3/11/02), Diggert had admitted to having four underage girls that he was `grooming` for sex. In 2004 Diggert was convicted of making and distributing indecent pictures of children

Labour Councillor (Dagenham/London), Terry Power – Forced to resign in 1999 after being arrested and charged with sex attacks on teenage boys. Details of trial and conviction to follow.

Labour councillor Ex-Paston councillor Gilbert Benn (48) A former city councillor was a five-year jail sentence for molesting an 11-year-old boy and threatening the youngster’s mother in a bid to cover his tracks.

Former Children’s Minister and prior to that, chair of the Campaign For Civil Liberties Harriet Harmann while in CCL, collaborated with the Pedophile Information Exchange and another pedophile activist groups in a campaign to decriminalise/legalise child pornography.