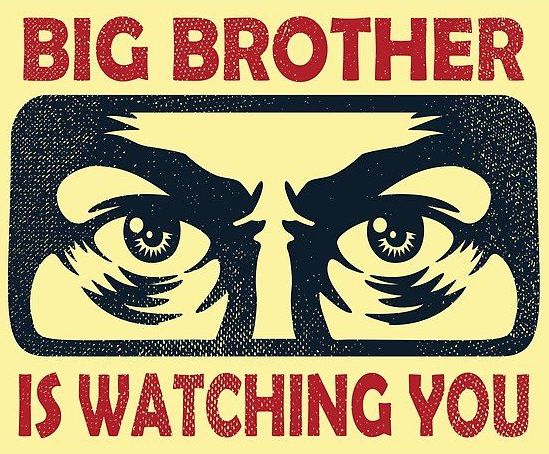 This article is not an essay on Orwell or 1984, but an attempt to explore the connections between Orwell, Author and Philosopher Aldous Huxley, and the ruling elite of today, who seem to have used ‘Nineteen-Eighty-Four’ and ‘Brave New World’ as a blueprint for a vision of the not-so-distant future…

Written by George Orwell in 1948, ‘Nineteen-Eighty-Four’ was published in 1949 as a work of fiction portraying a grim dystopian future.

Orwell’s and Huxley’s visions are becoming a frightening reality in the age of Covid; with restricted freedoms, police drones monitoring curfews, social media ‘thought police’, snitching on friends and neighbours, and face masks that dehumanise and make us apathetic to others.

In-case you have not read 1984, and I highly recommend that you do to fully appreciate this article, here is a quick summary taken from Britannica.com

“The book is set in 1984 in Oceania, one of three perpetually warring totalitarian states (the other two are Eurasia and Eastasia). Oceania is governed by the all-controlling Party, which has brainwashed the population into unthinking obedience to its leader, Big Brother. The Party has created a propagandistic language known as Newspeak, which is designed to limit free thought and promote the Party’s doctrines. Its words include doublethink (belief in contradictory ideas simultaneously), which is reflected in the Party’s slogans: “War is peace,” “Freedom is slavery,” and “Ignorance is strength.” The Party maintains control through the Thought Police and continual surveillance.” Click here for source

Unfolding right in front of our eyes today is the world of Big Brother and Thought Control portrayed by Orwell in 1984. (I wrote that sentence in my original Orwell article published in 2010 – it somehow seems even more relevant and obvious in 2021).

Without detailing Orwell’s history, or dissecting 1984, which has been done many times, I will highlight some verifiable facts which are relevant to the point of the article.

George Orwell, real name Eric Blair, (1903 -1950), is regarded as one of Britain’s greatest writers. Among his most famous works are ‘Animal Farm’, (1945), which cleverly reflects events leading up to the Russian Revolution of 1917 and then on into the Stalinist era of the Soviet Union; and our subject matter, ‘Nineteen-Eighty-Four’. 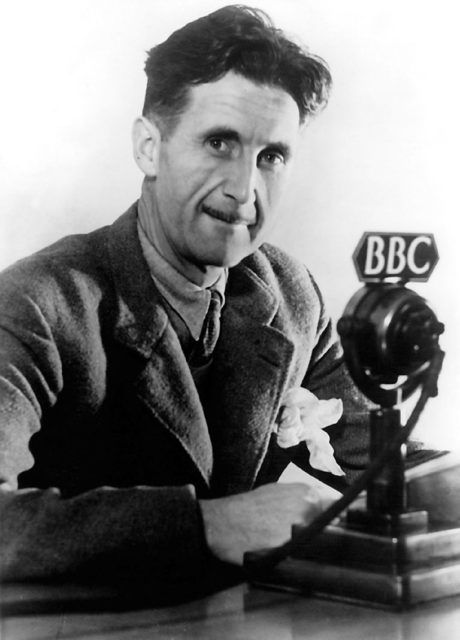 In 1916, Orwell (known then still as Eric Blair, but we will refer to him as George Orwell for simplicity) won a scholarship at Eton College. Eton College is a public school in the town of Eton, near Windsor in Berkshire, England. It was founded in 1440 by Henry VI. Eton has produced no less than 20 British Prime Ministers, including most recently David Cameron and, his cousin and current PM, Boris Johnson.

In “The Road to Wigan Pier” (1937) Orwell described himself at Eton as miserably isolated among the superior and the wealthy. He did, however, make some social connections that would develop into a friendship beyond school. One of those connections was Aldous Huxley who had been Orwell’s French teacher while at Eton. Perhaps it was here that Orwell was introduced to the Fabian Society. 'The Farcical History of Richard Greenow' is Aldous Huxley’s academic satire about his years at Eton and Oxford - here we find reference to Huxley being a member of the Fabian Society, albeit seemingly only briefly.

In August 1941, Orwell began working for the BBC's Eastern Service. When interviewed for the job he indicated that he accepted “absolutely the need for propaganda to be directed by the government" and stressed his view that, in wartime, discipline in the execution of government policy was essential. He supervised cultural broadcasts to India to counter propaganda from Nazi Germany designed to undermine imperial links.

Letters and sources indicate that Orwell left the BBC because he was unhappy with them. He stated in a letter, (shown below in the bottom right), dated 27th July 1942 referring to one piece of work that their repeated alterations “gives a quite false impression of my written style…” (These documents sold at auction in 2018 for around £23,750 View Source). 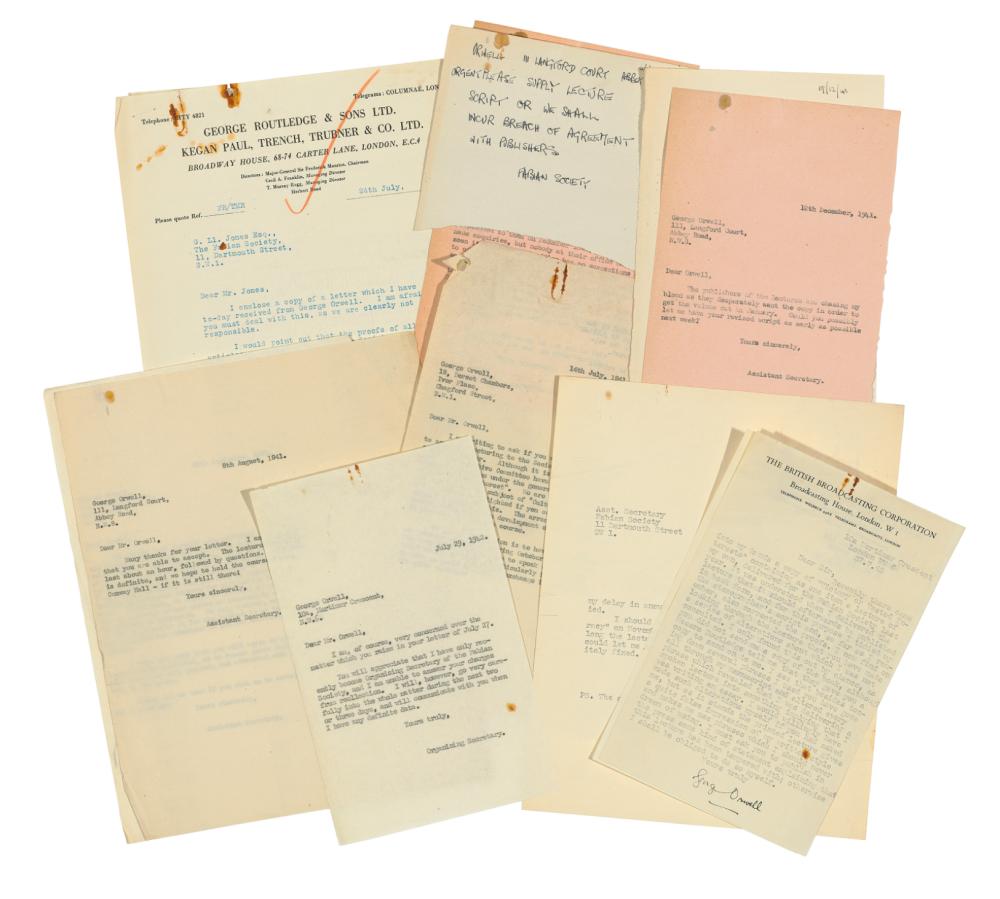 Within the same letter Orwell details that the lecture in question was “delivered for the Fabian Society last year”. Another of the letters also shown above, dated July 29, 1942, is a letter to Orwell from the Organising Secretary of the Fabian Society, and there are other documents shown here clearly connecting Orwell and the Fabian Society. Whether Orwell, like Huxley, was a member of the Fabians or not remains unclear, but the connections are aparent.

Who are the Fabian Society?

Founded in 1884, The Fabian Society is an independent left-leaning think tank and a democratic membership society. We influence political and public thinking and provide a space for broad and open-minded debate. We publish insight, analysis, and opinion; conduct research and undertake major policy inquiries; convene conferences, speaker meetings and roundtables; and facilitate member debate and activism across the UK.

The Fabian Society derives its name from the Roman general Quintus Fabius, known as Cunctator from his strategy of delaying his attacks on the invading Carthaginians until the right moment. The name Fabian Society was explained in the first Fabian pamphlet which carried the note.

“For the right moment you must wait, as Fabius did most patiently, when warring against Hannibal, though many censured his delays; but when the time comes you must strike hard, as Fabius did, or your waiting will be in vain, and fruitless.”

The Fabian Society has been instrumental in the global fascist agenda and was the controlling force behind the creation of the Labour Party in Britain, but also operates both officially and unofficially across the globe. While it claims to be ‘left-wing’ it is anything but. We should realise by now that left-wing and right-wing are fundamentally connected AND both heading in the same direction – toward a global fascist state. The Fabian society is a secret society at its core, although anyone can join, like many of these societies there are many levels of initiation, much like the Freemasons, meaning most people involved in the organisation have no idea of the true agenda.

The Fabian society logo as shown below is, appropriately, a wolf in sheep clothing. 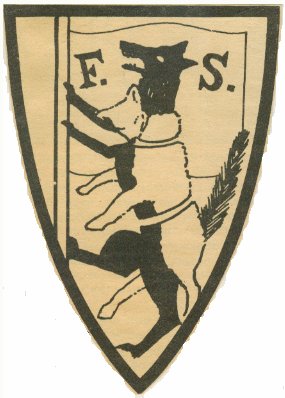 The Fabian motto, as seen below, is "Remould it nearer to the heart’s desire" - the remoulding symbolised by Earth being battered with two hammers. 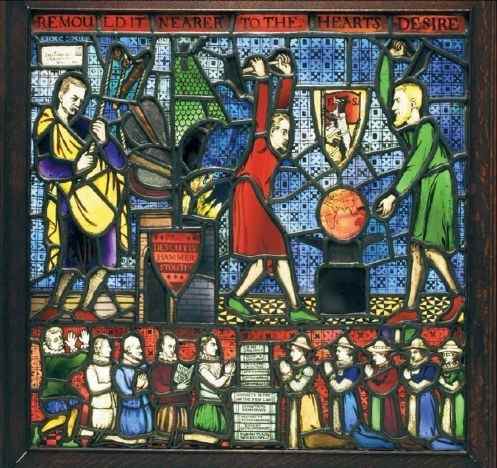 Although it is often suggested that Orwell chose 1984 as his title by simply swapping 4 and 8 from 1948, (the year it was written), it may have been chosen because of its significant links to The Fabian Society. 1984 was the centenary year of the Fabian Society.

I can’t claim to know the details of Orwell’s political beliefs, but what is clear through documents and letters is that Orwell became disillusioned with the Fabian society at some point, just as he did with the BBC. Is it beyond the realms of belief that Nineteen-Eighty-Four was written as an expose of the Fabian agenda? You must wonder how both Orwell and Huxley could imagine a portrait of the future so stunningly accurate to that which is unfolding today without having some foreknowledge.

Equally as chilling is the following excerpt from a letter sent to Orwell by Huxley where he suggests "there may be a large-scale biological war" when referring to the societal change that will be bought upon future generations. I'm not suggesting Huxley predicted Covid-19, but once again, he was right on the mark. Covid-19 has been not only utilised for control purposes, but indeed it was created for that very purpose. See my Covid-19 article.

… Within the next generation I believe that the world’s rulers will discover that infant conditioning and narco-hypnosis are more efficient, as instruments of government, than clubs and prisons, and that the lust for power can be just as completely satisfied by suggesting people into loving their servitude as by flogging and kicking them into obedience. In other words, I feel that the nightmare of Nineteen Eighty-Four is destined to modulate into the nightmare of a world having more resemblance to that which I imagined in Brave New World. The change will be brought about as a result of a felt need for increased efficiency. Meanwhile, of course, there may be a large scale biological and atomic war — in which case we shall have nightmares of other and scarcely imaginable kinds.

Thank you once again for the book.

Orwell’s Vision of the Future, from Nineteen-Eighty-Four

"Do you begin to see, then, what kind of world we are creating? It is the exact opposite of the stupid hedonistic Utopias that the old reformers imagined. A world of fear and treachery and torment, a world of trampling and being trampled upon, a world which will grow not less but more merciless as it refines itself. Progress in our world will be progress toward more pain. The old civilizations claimed that they were founded on love or justice. Ours is founded upon hatred. In our world there will be no emotions except fear, rage, triumph, and self-abasement. Everything else we shall destroy - everything. Already we are breaking down the habits of thought which have survived from before the Revolution. We have cut the links between man and man, and between man and woman. No one dares trust a wife or a child or a friend any longer. But in the future there will be no wives and no friends. Children will be taken from their mothers at birth, as one takes eggs from a hen. The sex instinct will be eradicated. Procreation will be an annual formality like the renewal of a ration card. We shall abolish the orgasm. Our Neurologists are at work upon it now.  There will be no loyalty except loyalty towards the Party. There will be no love, except the love of Big Brother. There will be no laughter, except the laugh of triumph over a defeated enemy. There will be no art, no literature, no science. When we are omnipotent we shall have no more need of science. There will be no distinction between beauty and ugliness. There will be no curiosity, no enjoyment of the process of life. All competing pleasures will be destroyed. But always - do not forget this Winston - always there will be the intoxication of power, constantly increasing and constantly growing subtler. Always at every moment there will be the thrill of victory, the sensation of trampling on an enemy who is helpless. If you want a picture of the future, imagine a boot stamping on a human face - for ever."

In Huxley’s Brave New World, the masses are kept in submission with a mind-numbing drug called Soma and an endless buffet of casual sex. Orwell’s dystopia, on the other hand, keeps the masses in place with fear thanks to an endless war and a highly sophisticated surveillance state.

I often see ‘Huxley V Orwell’ articles asking the question, who got it right? Life in 2021 raises the possibility maybe they both did.

Note from the Author:

Please feel free to quote or share my article, but please don't forget to give credit to the website. Thank you.