"This amazing act is the homicidal insanity of a whole profession. This is blood assassination."
Dr James J Gareth Wilkinson on vaccinations 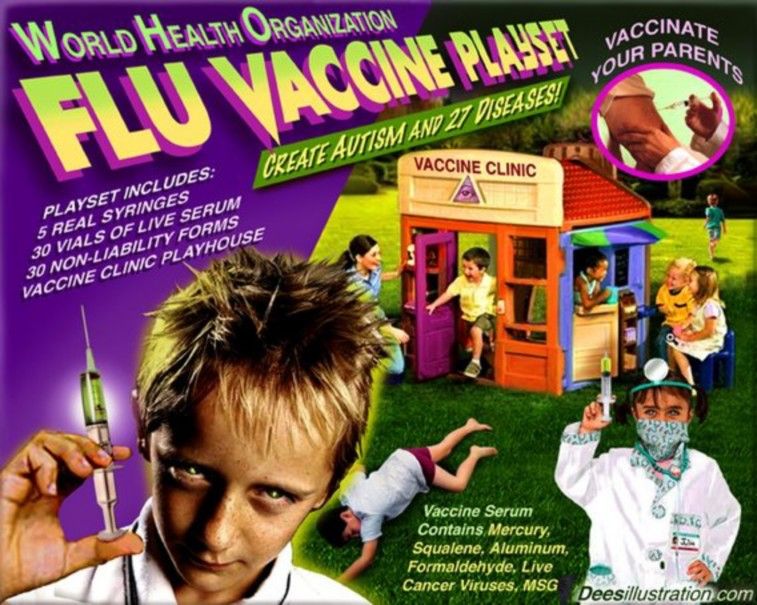 Dr. Edward Jenner 1749-1823) pioneered the concept of vaccination. He was the first to study and report on the effects of the use of cowpox vaccination to prevent smallpox.

Jenner trained in Chipping Sodbury, Gloucestershire as an apprentice. In 1770 Jenner went up to surgery and anatomy at St George's Hospital. By 1773 he became a successful general practitioner and surgeon, practising in purpose-built premises in Berkeley. In 1776, Dr. Jenner claims to have discovered that a disease known as "cowpox" could be inoculated on the human frame and this inoculation would act as a preventive of smallpox.
Jenner made no such discovery, simply he was the first scientist to report on the effects.

The story of his boyhood inspiration for developing the vaccine is a classic of medical history. As told in an 1837 biography and repeated endlessly, the story is a 13-year-old Jenner saw a beautiful milkmaid. Her face was flawless, her complexion peaches and cream, her smile confident as she bragged, "I shall never have smallpox for I have had cowpox. I shall never have an ugly pockmarked face." In 1796 Jenner vaccinated a child named James Phipps with pus taken from a cowpox pustule. He was testing a theory, supposedly brewing in his mind since the milkmaid's comment, that exposure to the relatively mild disease of cowpox would protect people from the far deadlier disease of smallpox. The Phipps boy proved immune when exposed to smallpox after vaccination with cowpox, as did several other children Jenner experimented on, including his 11-month-old son.

Jenner's continuing work on vaccination prevented him continuing his ordinary medical practice. Fortunately, though he was supported by his colleagues and the King in petitioning Parliament and was granted £10,000 for his work on vaccination. In 1806 he was granted another £20,000 for his continuing work. In 1803 in London he became involved with the Jennerian Institution, a society concerned with promoting vaccination to eradicate smallpox. In 1808, with government aid, this society became the National Vaccine Establishment.

In England 1853 vaccination of infants was made compulsory and remained that way until 1948. Every parent who refused or neglected to have their child vaccinated within 3 months of birth was made liable to a fine. As many refused to pay the fines people were imprisoned or had their possessions seized.

A major smallpox pandemic in occurred in Europe known as The Great Pandemic of the 1870s; the number of smallpox deaths soared, peaking at over 1,000 deaths per million people in England and Wales in 1871, and at over 820 deaths per million people in Scotland in 1872. Theoretically, compulsory vaccination should have resulted in a decrease in cases, however, the pattern of outbreaks following compulsory vaccinations and vaccine trials is one that becomes very familiar as you continue to study the history.

In many cases sickness, injuries and deaths from diseases today are commonly attributed to the poisoning effects of vaccination campaigns; from Small pox which seemed to affect mainly those vaccinated, to the worldwide influenza epidemic of 1918-19 that killed 20 million following the administration of anti-typhoid inoculations, or the 1976 Swine flu "epidemic" that permanently crippled a number of Americans with Guillain-Barré syndrome following a national vaccination program.

The very first virus discovered is credited to the St. Petersburg Academy of Science on the 12th February 1892 by Dmitri Iwanowsk (1864-1920), a Russian botanist.

While studying mosaic tobacco disease, he found that the agent causing the disease was small enough for pass though ceramic filter that are small enough to trap all bacteria. This is generally accepted as the beginning of Virology.

In 1930, 77 years after vaccinations were made compulsory in the UK, the first virus was seen by the human eye. New technology advances and the introduction of the electron microscope helped us to vaguely see what a virus looks like for the very first time.

I personally found this timeline of information confusing;

How could vaccinations have been made compulsory at a time when scientists had no way of measuring the effects, short or long term. They didn't even have the technology to see and therefor study the virus until the best part of a century later, and during that time outbreaks could be commonly linked to vaccination campaigns, literally anyone studying the data would have quickly realised the vaccines were causing illness. But, an industry had just been born, and if you think that the health industry experts value your health over their wealth, you are a fool. Keeping people alive but unwell generates repeat business for the pharmacuetical industry, and if you happen to die they won't lose any sleep.

Vaccination commenced, at its very outset, with great falsehood and it has been continued on a similar basis ever since. Today, more than ever before, important public positions have been filled by senior industry figures (Whitty/Vallance in the UK for example). Can one walk away from leading industry, or rubbing shoulders with it, and perform an important public health function with impartiality? A career spent working in pharma usually means a commensurate share and farewell package. We have not been told whether they have either sold their shares or put them in a blind trust, or in general how they are to behave when advising HM government on interventions such as drugs, biologics, or diagnostics which they themselves were involved in developing and marketing.

"Vaccination is not always a harmless procedure; it must be looked upon as the production of an acute infectious disease."
Dr Milton J Rosenau