Known as 'detention centres' or 'crisis management centres', there are over 800 FEMA camps in the United States, fully operational and ready to receive prisoners. They are staffed and surrounded by full-time guards, although they are (currently) empty. These camps are to be operated by FEMA (Federal Emergency Management Agency) and should Martial Law need to be implemented in the United States all it would take is a presidential signature on a proclamation and the attorney general's signature on a warrant to which a list of names is attached and these prison camps will start to fill rapidly. 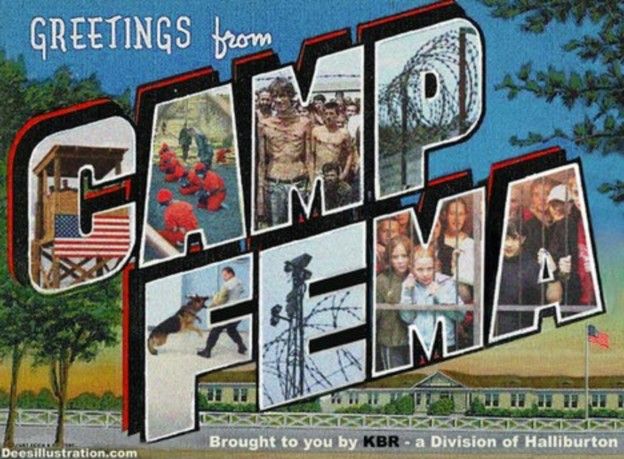 The camps, many of which have an airport nearby, also have railroads and roads leading to and from the detention facilities. Many of the camps can house a population of 20,000 prisoners. However, the largest of these facilities is said to be a massive mental health facility, just outside of Fairbanks, Alaska, allegedly capable of holding approximately two million people.

Information is somewhat difficult to dissect through the wades of theories surrounding the FEMA camps. Suggestions mostly being that such facilities do not exist and the scale being talked about is too large.

Consider then that US Covid-19 quarantine camps have been set up by FEMA. You can find details of them here. Although the article states that the camps are designed to hold upto just 250 people each, the first base I researched from the list was the Naval Station at Great Lakes. It is the largest military installation in Illinois and the largest training station in the Navy. The base has 1,153 buildings situated on 1,628 acres (6.59 km2) and has 69 miles (111 km) of roadway to provide access to the base's facilities. Of course, it serves many purposes, it is a Navy base for one, but let us not kid ourselves of the potential - FEMA has access to these bases all over America. US army regulation 210-35, headed the 'Civillian Inmate Labor Program', includes 'guidance for establishing and managing civillian inmate labor programs on Army installations' and 'guidance on establishing prison camps on Army installations'. 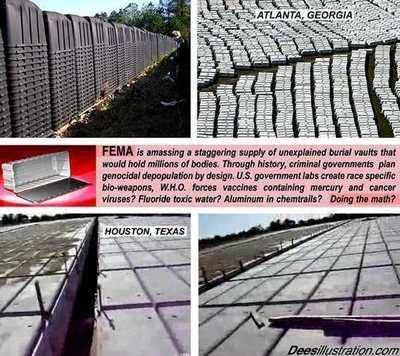 The typical crisis needed to launch Martial Law in America would be threat of imminent nuclear war, rioting in several U.S. cities simultaneously, a series of national disasters that affect widespread danger to the populous, massive terrorist attacks, a depression in which tens of millions are unemployed and without financial resources, a virus pandemic (written several years before Covid-19), or a major environmental disaster.

Executive Orders associated with the FEMA camps are as follows:

10990 – allows the government to take over all modes of transportation, control highways and seaports.

10995 – allows government to seize and control the communication media.

10997 – allows the government to take over electric power, gas, petroleum, fuels, and minerals.

10998 – allows government to seize all means of transportation including personal vehicles with total control over highways, seaports, and waterways.

10999 – allows government to take over all food resources and farms.

11001 – allows government to take over health, education, and welfare functions.

11002 – designates the Postmaster General to operate a National Registration of all persons.

11003 – allows government to take over all airports and aircraft.

11051 – specifies responsibilities of the Office of Emergency Planning & gives authorization to put all Executive Orders into effect in times of increased international tensions, economic or financial crisis.

11310 – authorizes the Department of Justice to enforce the plans of the Executive Orders.

11921 – allows the Federal Emergency Preparedness Agency to develop plans to establish control over the mechanisms of production & distribution of energy sources, wages, salaries, credit, and flow of money in the U.S. financial institutions in ANY UNDEFINED EMERGENCY. 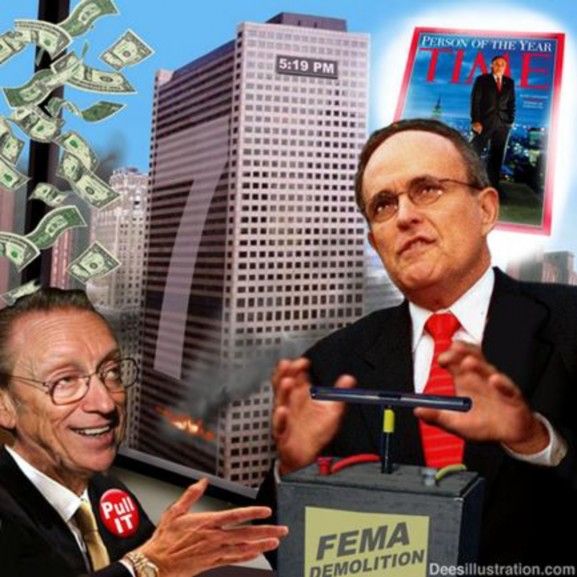 Nearly all these laws were passed directly as a result of the 9/11 attacks. A deception of monumental scale. (Find 9/11 Links here)

The agenda of depopulation has never been more relevant than now with our freedom and our health under threat because of a disease that has NOT been proven to exist. (Covid-19 Article).

In an article published in Britain’s Daily Mail online in 2017, one former police chief states “Thousands of radical extremists must be locked up in new internment camps to protect Britain from the unprecedented terror threat it faces.”

Mr Ghaffur, an Assistant Commissioner at Scotland Yard when the 7/7 bombings took place, proposes that special centres be set up to detain as many as 3,000 extremists, where they would also be made to go through a de-radicalisation programme. To further support his call for internment camps, Ghaffur goes on to say, “We face an unprecedented terrorist threat in Britain – about 3,000 extremists are subjects of interest to MI5 and police, and about 500 plots are being monitored...

…The time has come to set up special centres to detain these 3,000 extremists. These would be community-based centres where they would be risk-assessed and theologically examined.”

Ghaffur, once Britain's most senior Asian officer, says that these centres are needed now to deal with the extremists, more than 400 of whom, he says, have fought for Islamic State in Syria and Iraq. 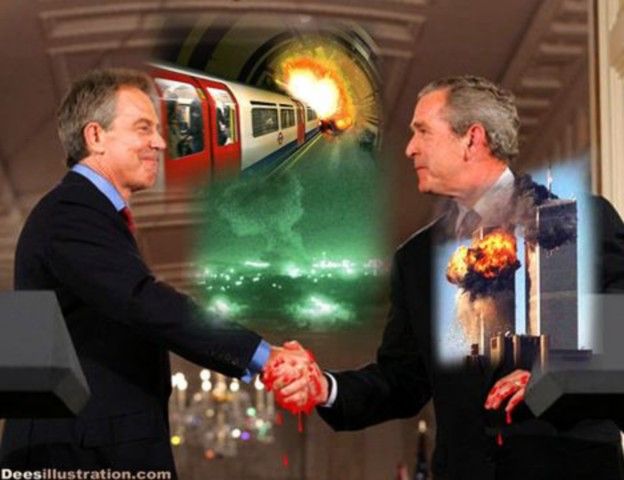 The article further supports this angle by adding, “Yesterday it emerged that MI5 has identified 23,000 jihadis in the UK in recent years, of whom 3,000 are still considered a threat.” (Read the article in full)

Locking up so-called terror suspects, or extremists, without trial has been discussed by Government. The plan would be to lock them up in internment camps.

Of course the perception must be that this is for jihadists and potential terrorists, but it is for whatever the government classes as extremism. Currently that could be anything from refusing a vaccine to writing this article or even reading it. I'm not saying terrorism doesn't exist and it shouldn't be stopped, I'm saying most of the terrorists wear suits and work for governments.

We already have the facilities here in the UK, as can be evidenced by the rapid transformation of venues/sportgrounds and similar being converted into vaccination centers or covid testing centres, not to mention the absurd amount of university housing that has been built during the covid lockdowns all accross the UK, again, easily converted into so-called 'crisis management centres' where vast amounts of people can be detained, just as student themselves were during the lockdowns.

Manchester Metropolitan University and Dundee University were among those who made students stay inside. Lucy, a student at MMU, told Radio 1 Life Hacks she's been "unable to get food." "We're completely locked in. We're not allowed to leave the accommodation unless it's a medical emergency," she said. "We can't even go out for a walk." (BBC Article).

For now, many people see the covid era as a chance to relax and just let things happen, by that I mean let the government decide for us.

In the UK Coronavirus Bill 122 went through Parliament in March 2020 virtually unchallenged. I highly recommend you read up on it to find out what little rights you actually have left. It's a very long document with many sub-sections, but it is currently being used to dictate our lives and could potentially be used as a cover to legally round up citizens and put them into 'quarantine' camps.

In its current form, the Bill gives various powers to public health officers, constables and immigration officers to detain and hold people they believe could be potentially infectious. Constables and immigration officers are also empowered to use reasonable force to implement these powers. These are broad, serious and potentially extremely invasive powers. Amnesty International is calling on the Government to introduce a clause which clearly states all powers under this schedule should be exercised in accordance with the principles of necessity, proportionality and non-discrimination, compatible with international human rights law.

Australian authorities are building quarantine camps that won’t be completed until next year (2022) in order to prepare for “ongoing operations” and to house those “who have not had access to vaccination.” According to ABC Australia, one such 1,000-bed quarantine facility at Wellcamp Airport outside Toowoomba will be fully completed by the end of March 2022. Another 1,000-bed quarantine facility is also being built on a 30-hectare Army barracks site in the industrial area of Pinkenba, near Brisbane Airport.

Authorities in Quebec City, Canada announced they will isolate “uncooperative” citizens in a coronavirus facility, the location of which remains a secret.

Back in January, German authorities also announced they would hold COVID dissidents who repeatedly fail to properly follow the rules in what was described as a ‘detention camp’ located in Dresden.

Has a government ever rounded up citizens and put them into camps? Are we so ignorant to think this is for our own good?

In the UK they've already started. The camps were carehomes, the murder weapon was Midazolam and they called it the first wave of covid-19 deaths. Read about the midazolam scandal here. 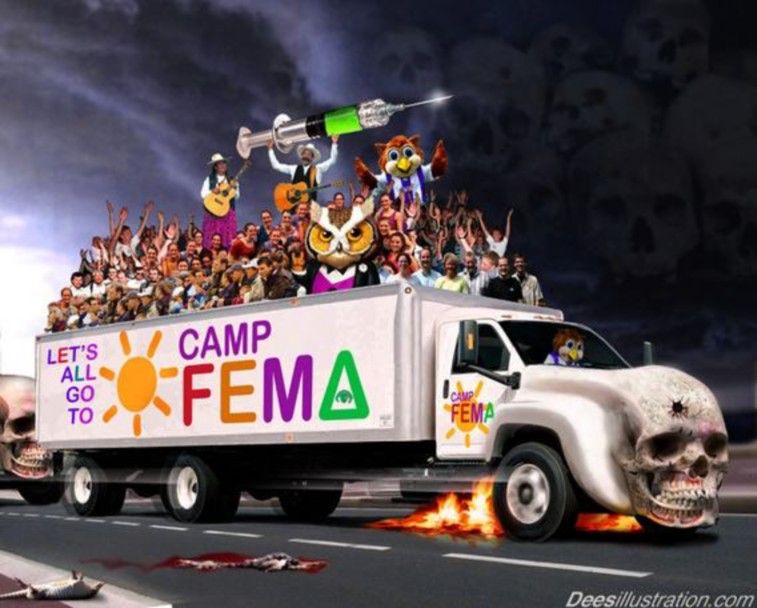