"Vaccination is a monstrosity, a misbegotten offspring of error and ignorance. It should have no place in either hygiene or medicine. Believe not in vaccination; it is a world-wide delusion, an unscientific practice, a fatal superstition with consequences measured today by tears and sorrow without end."
(Charles Rauta - Professor of Hygiene & Material Medical, University of Perugia). 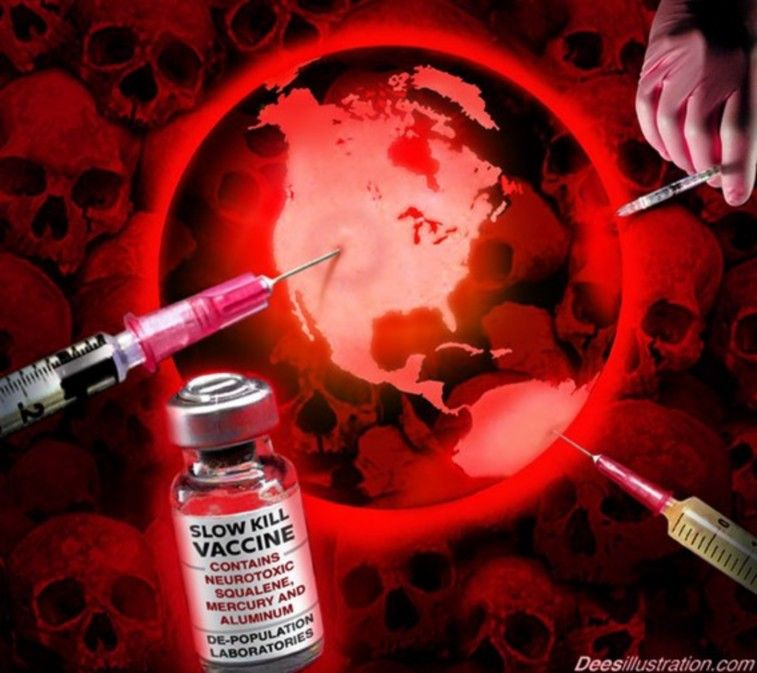 The public has had lots of medical propaganda about the eradication of smallpox through vaccination, (Jenner's so called "discovery"). But in fact, the consensus among leading medical historians that have studied the question have maintained that the eradication of the zymotic, or "filth" diseases, like cholera, dysentery, typhus and plague had actually been due to improvements in diet, hygiene, sanitary measures, non-medical public health laws, and to a host of new non-medical technologies, like refrigeration, faster transportation and removing horse manure from cities.

The CDC (Centre for Disease Control) reported that improvements in sanitation, water quality, and hygiene had been the most important factors in control of infectious diseases in the past century. Although vaccines were mentioned, they were not included among the major factors. (Morbidity and Mortality Weekly Report, July 30, 1999).

The following is taken from the article 'Vaccination In Italy', which appeared in the New York Medical Journal, July 1899:
"Italy is one of the best-vaccinated countries in the world, if not the best of all. For twenty years before 1885, our nation was vaccinated in the proportion of 98.5 percent. Notwithstanding, the epidemics of smallpox that we have had have been something so frightful that nothing before the invention of vaccination could equal them. During 1887, we had 16,249 deaths from smallpox; in 1888, we had 18,110, and in 1889, 131,413."

By 1919, England and Wales had become one of the least vaccinated countries, and had only 28 deaths from smallpox, out of a population of 37.8 million people.
In contrast, that same year, out of a population of 10 million - the Philippine Islands registered 47,368 deaths from smallpox. The epidemic came after the culmination of a ruthless 15-year compulsory vaccination campaign by the U.S., in which the native population, young and old, were forcibly vaccinated (several times), literally against their will.
In a speech condemning the smallpox vaccine reprinted in the Congressional Record of 21 December '37, William Howard Hay, M.D. said, "... the Philippines suffered the worst attack of smallpox, the worst epidemic three times over, that had ever occurred in the history of the islands, and it was almost three times as fatal. The death rate ran as high as 60 percent in certain areas, where formerly it had been 10 and 15 percent."
In the province of Rizal, for example, smallpox mortalities increased from an average 3 percent (before vaccination) to 67 percent during 1918 and 1919. All told, after 10 years (1911-1920) of a compulsory U.S. program which administered 25 million vaccinations to the Philippine population of 10 million, there had been 170,000 cases, and more than 75,000 deaths from smallpox. (Almost 1 in 100 deaths compared to England and Wales where the figure was less than 1 in a million).

Not only had poor sanitation and nutrition lain the foundation for disease, it was also compulsory smallpox vaccination campaigns in the late 19th and early 20th centuries that played a major role in decimating the populations of Japan (48,000 deaths), England and Wales (44,840 deaths - after 97% of the population had been vaccinated), Scotland, Ireland, Sweden, Switzerland, Holland, Italy, India (3 million - all vaccinated), Australia, Germany (124,000 deaths), Prussia (69,000 deaths - all re-vaccinated), and the Philippines. The epidemics ended in cities where smallpox vaccinations were either discontinued or never begun, and after sanitary reforms were instituted (most notably in Munich - 1880, Leicester - 1878, Barcelona - 1804, Alicante - 1827, India - 1906, etc).

In 1980, the World Health Assembly declared that “thanks to vaccination” smallpox was eradicated, and no cases of naturally occurring smallpox have happened since.

Known as the Spanish flu because Spain, which was a neutral country in WWI, had no special censorship for news against the disease and its consequences. It has nothing to do with the origin of the disease.

The global mortality rate from the 1918/1919 pandemic is not known, but it is estimated that 10% to 20% of those who were infected died. With about a third of the world population infected, this case-fatality ratio means that 3% to 6% of the entire global population died - estimates say 50-100 million people worldwide. This pandemic has been described as "the greatest medical holocaust in history".

Some reports suggest the 1918 pandemic started at American military Camp Funston, Fort Riley, USA, amongst troops taking on board vaccinations before going to fight in the war. By the time of World War I, vaccinations were routine for those serving in the military. Because the use of vaccines on such a large scale was relatively new and still inexact, negative reactions were not uncommon.

Vaccination became compulsory in the US Army in 1911, after 1911 not only did typhoid increase rapidly but all other vaccinal diseases increased, and after America entered the war in 1917, the death rate from typhoid vaccination rose to the highest point in the history of the US Army. A report by the Surgeon-General of the US Army shows that during 1917 there were 19,608 men admitted into the army hospitals suffering from anti-typhoid inoculation and vaccinia. US Army records even show that several men dropped dead after being vaccinated. A report from US Secretary of War Henry L Stimson not only verified these deaths, but also stated that there had been 63 deaths and 28,585 cases of hepatitis as a direct result of yellow fever vaccination during only six months of the war. The deaths occurred after the shots were given in sanitary American hospitals and well-supervised army camps in France, where sanitation had been practised for years. In total 14 to 25 different vaccinations were given to recruits.

When several different vaccines are given within a few days or a few weeks apart, they often trigger intensified cases of all the diseases at once. The body cannot handle such a large amount of deadly poison being injected directly into the bloodstream. The doctors call these intensified cases a ‘new’ disease and proceed to suppress the symptoms with more drugs. These new diseases or new strains which doctors talk of are a result of constantly wrecking the human body's immune system by poisoning it with vaccinations. It was a common expression for Americans during the First World War that more soldiers were killed by vaccine shots than by shots from enemy guns.

The second wave of the 1918 pandemic was much deadlier than the first. The first wave had resembled typical flu epidemics; those most at risk were the sick and elderly, while younger, healthier people recovered easily. But when the second wave began in France, Sierra Leone and the United States, the virus had ‘mutated’ to a much deadlier form.
The flu quickly spread around the world again. It was the same flu, in that most of those who recovered from first-wave infections were immune, but it was now far more deadly, and the most vulnerable people were those like the soldiers in the trenches - young, otherwise healthy adults and not coincidentally, those who were the most vaccinated.

One eye witness report backs up almost everything else I've dug up in my own research;
"That pandemic dragged on for two years, kept alive with the addition of more poison drugs administered by the doctors who tried to suppress the symptoms. As far as I could find out, the flu hit only the vaccinated. Those who had refused the shots escaped the flu. My family had refused all the vaccinations, so we remained well all the time. We knew from the health teachings of Graham, Trail, Tilden and others, that people cannot contaminate the body with poisons without causing disease."

I have only put into a few words what all the evidence suggests, but you can verify for yourself, if you take the time to research, the infections, once again, followed the vaccinations.